We have an honorable non-human veteran in FAIR's Copenhagen workshop: It’s a laptop that has been around our workshop for as long as the workshop has existed (10 years). It proves a point about longevity of hardware being put to good use. Because it was manufactured to high standards and because we kept up with its maintenance, this Dell Latitude D505, marketed in 2004, is still operational after being refurbished from its original owner and spending another 10 years in our workshop.

Here it is back in 2010, when we used it to scan barcodes and tested screens through its VGA connector: 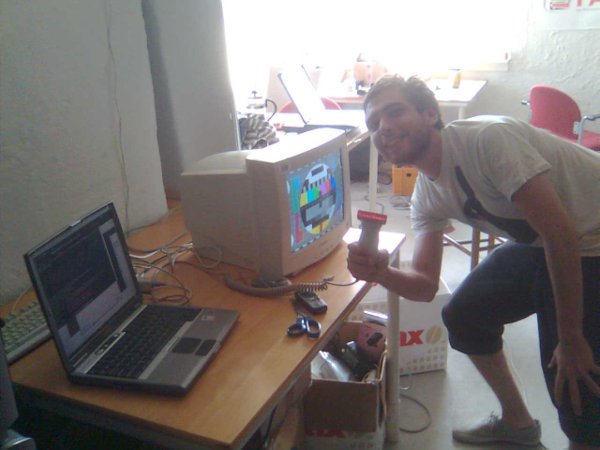 The longevity and life expectancy of a computer is not just determined by how old it already is or how worn out it is. In fact, technology that survives the first years of “baby diseases” can last for a very long time (see: The Bathtub Curve). The electronic circuits of computers may run for several decades, and typical causes of failures are in mechanical parts, such as cooling systems, triggered by accumulated dust or worn out movable parts. 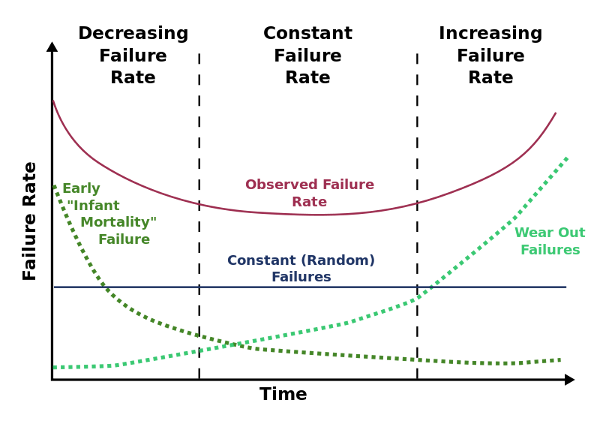 Actually, this particular laptop series, the Dell Latitude D505, had its batteries withdrawn from the market due to being “prone to bursting into flames, or even exploding” [source]. But this battery luckily didn't explode in the beginning and oddly still lasts for about half an hour.

By using software that is fit for the hardware resources, this computer has maintained a purpose and creates value. We know that from our workshop. The only problem is that the web browser is painfully slow. Or as Henry Petroski said:

Back to blog index